A couple of weeks ago I was lucky enough to inherit several Warhammer Fantasy Armies from a friend  (we shall call him Chris) who no longer plays or dabbles in the hobby.  Dark Elves, Chaos Warriors of Nurgle and Ogre Kingdoms are now mine (for a price of course $$$).  Chris was a very good painter so I am quite lucky to have an opportunity to have his stuff in my collection (especially since he was my prime opponent, I am quite familiar with these forces, having faced them in battle many times).

Most of Chris's forces were painted, however there were some which were either partially done or in a virgin state.  The unit below, Dark Elf Black Ark Corsairs were virgin models.  Last weekend I attacked this unit, determined to paint it up in the same scheme as the rest of his army (which I will showcase soon).

These models are old...all metal.  Overall they were an easy painting project.  I decided to go with green Sea Dragon Cloaks....although a black might have looked better from an "evilish" standpoint. 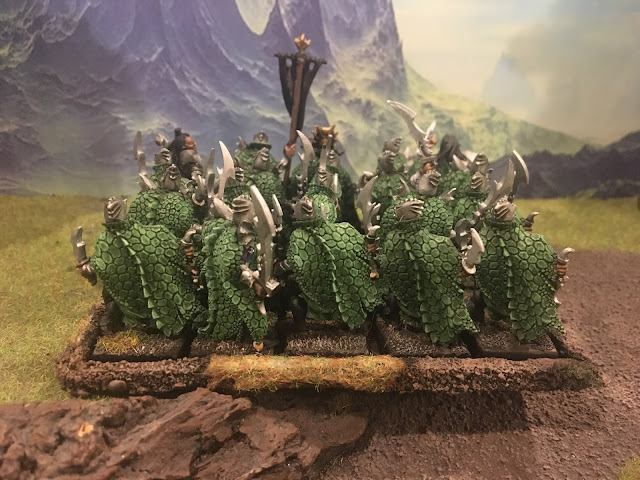 The models had a simple scheme: 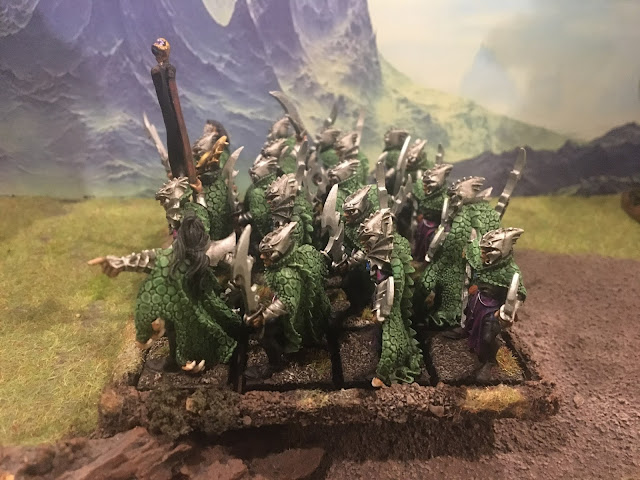 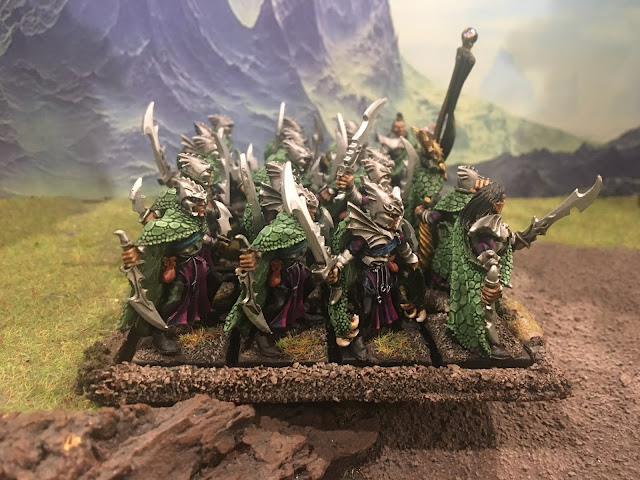 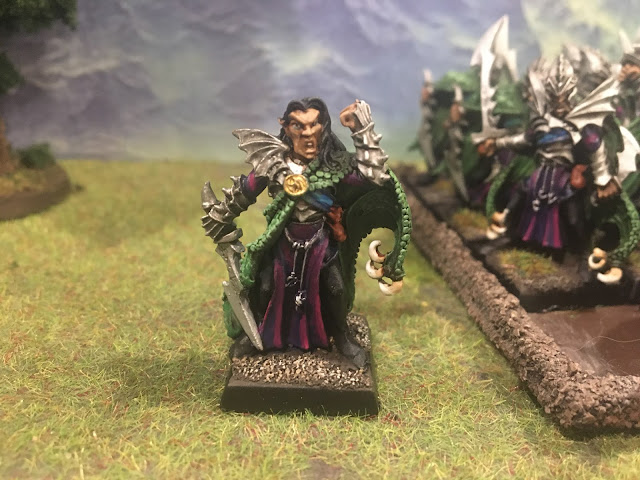 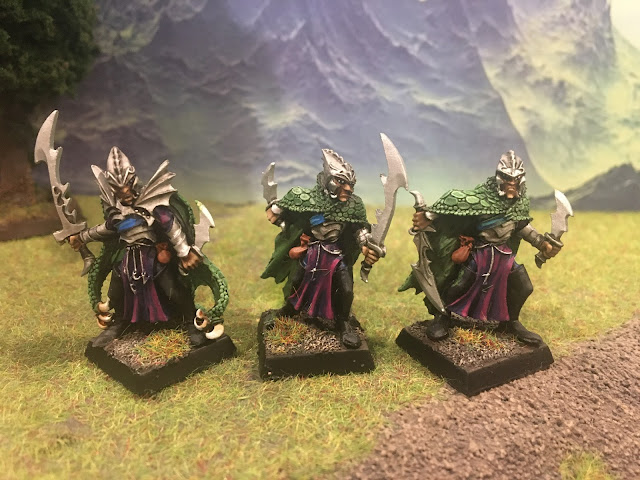 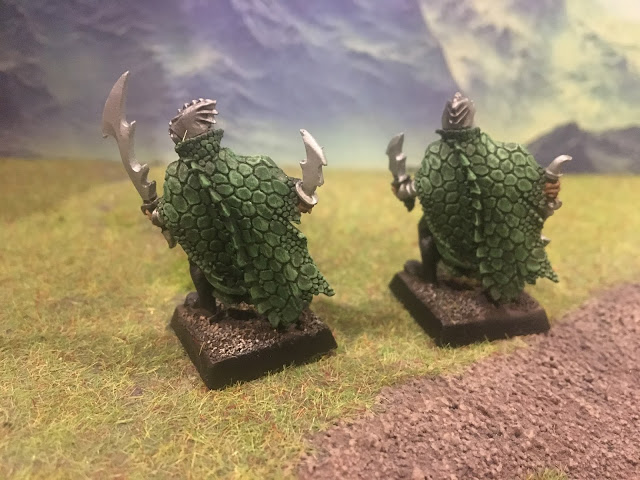 Corsairs were one unit which I never saw much on the field.  Chris rarely played models which were unpainted.  Now, after more than a decade in storage, they are ready to rumble.