In the 1980s and 90s fantasy wargaming was all the rage.  There were many systems out there: Warhammer, Battlesystem, Chaos Wars (Ral Partha's own massed battle rule set), the list goes on.  Sadly, plastic models had yet to arrive on the scene.  If you wanted to wargame then metal was the only option.  Ral Partha, one of the oldest manufacturers released a whole range of models, branded as Fantasy Armies, specifically for massed battle games.

During this period model ranges usually lacked the diverse number of poses that we have come to expect from plastic models.  Quite simply, at the time, it was too costly for developing a wide range of poses for the same model.  The market was small and sculpting was still done by hand, a very tedious process indeed.  So, if you wanted say a unit of archers, you were likely stuck with one pose (or two, if you were very fortunate).  This was the way back then.  One good thing however, it potentially made painting a lot easier.  There is something to be said for a massed unit of identically painted troops.

These guys below are from the Fantasy Armies Chaos Imperium range: bowmen, longbowmen and crossbowmen.  They fit well enough into my old Warhammer Chaos armies, specifically for Khorne and Slaanesh.  Back in WH 3rd edition, Chaos was able to field missile troops, which gave them a much needed ranged punch to their otherwise close combat themed forces.  They also served in Battlesystem games for AD&D at the time.  Sadly, I did not play Ral Partha's Chaos Wars during this period.  This is my loss indeed since it is a great rule set.

These models were sculputed by Bob Olley, my favorite sculptor from the 80s and 90s. 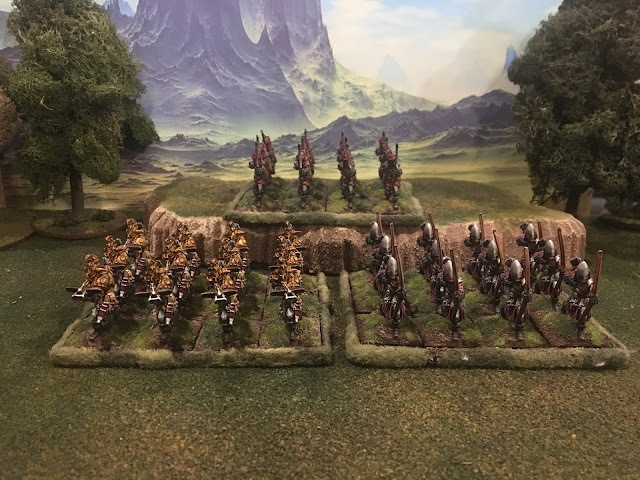 In any case, I have long since divorced from WH.  My Chaos armies are were long ago retooled for D&D, specifically for the Judges Guild Wilderlands setting.  Khorne became the forces of the City State of the Invincible Overlord and Slaanesh morphed into the armies for the City State of the World Emperor.  These models may be clones, but the sculpts are quite detailed and have a lot of extras on them that is easy to miss.  Old does not mean subpar.  Not by a long shot.
The crossbowmen below  have a lot going on: plate armor, chain, leather and other accessories. 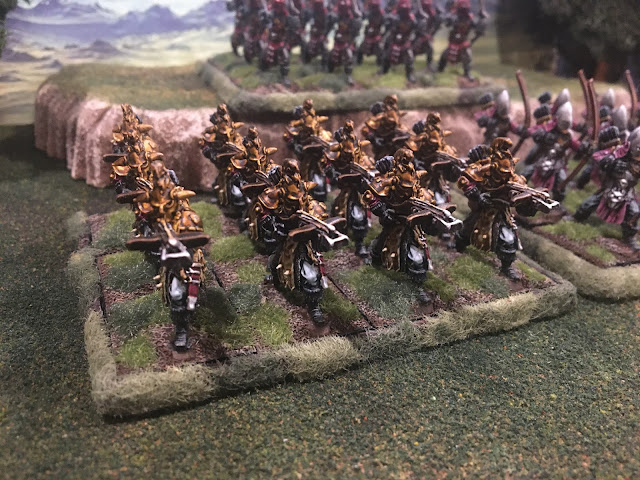 Due to their helmets, the longbowmen have a very Elvish feel to them.  They were done in a pink to match my Slaanesh. 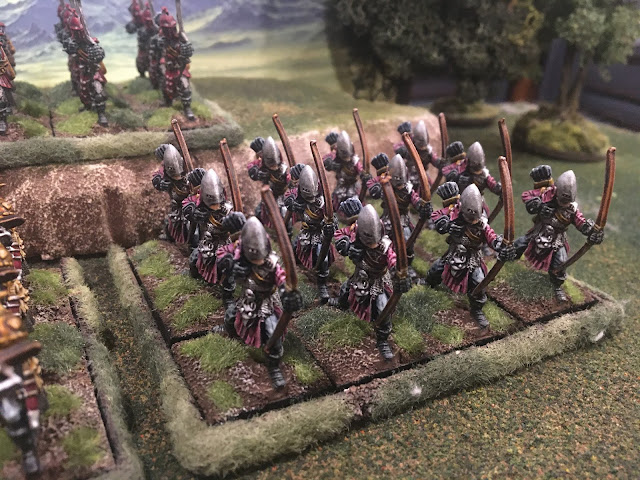 The regular bowmen fit best into the CSIO forces, looking far more "martial" than the other two sets.  Yes I even did the eyes. 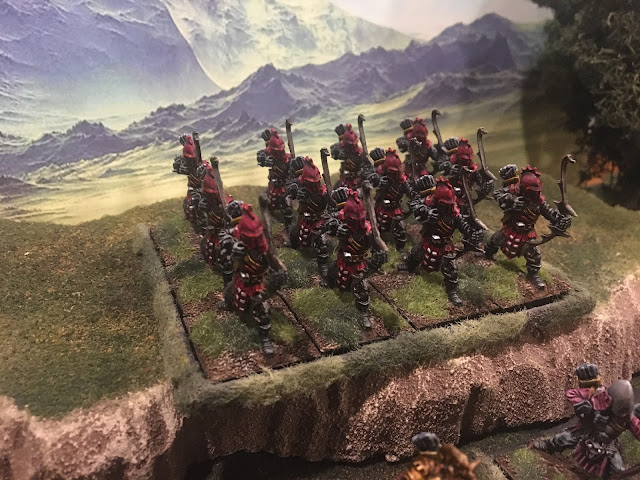 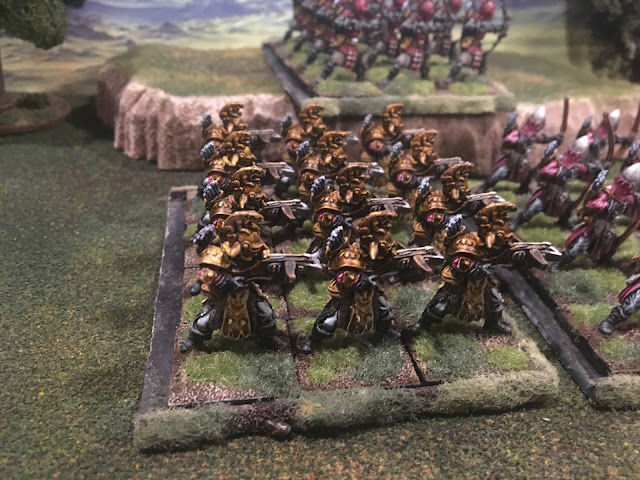 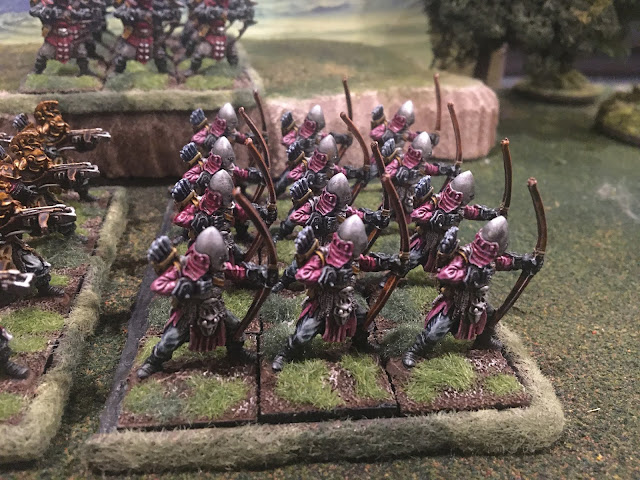 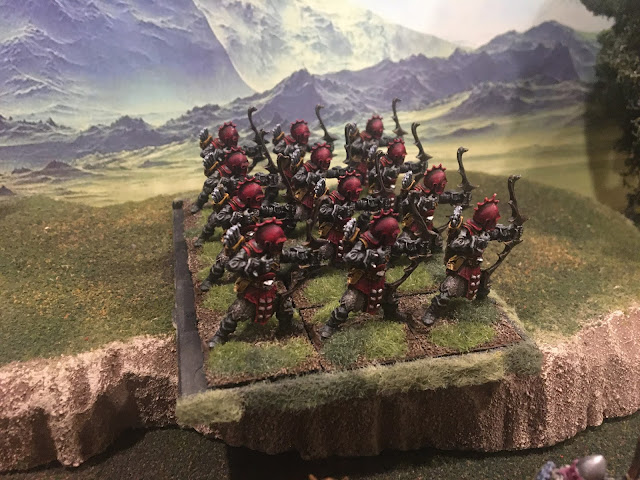 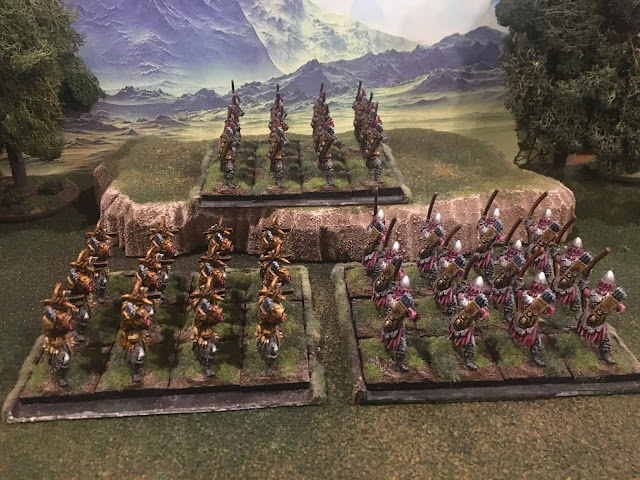 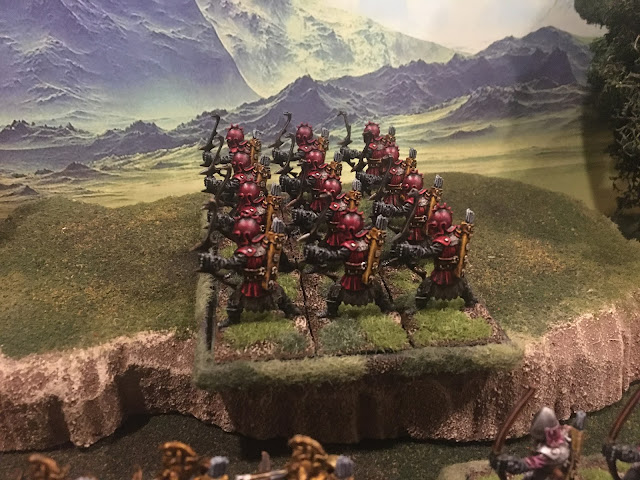 For many folks, the idea of rank upon rank of identical models is horrifying.  However, for me they bring back fond memories of a simpler time, both in gaming and in life in general.

They may be clones, but they are always eager to take the field and die for my amusement.